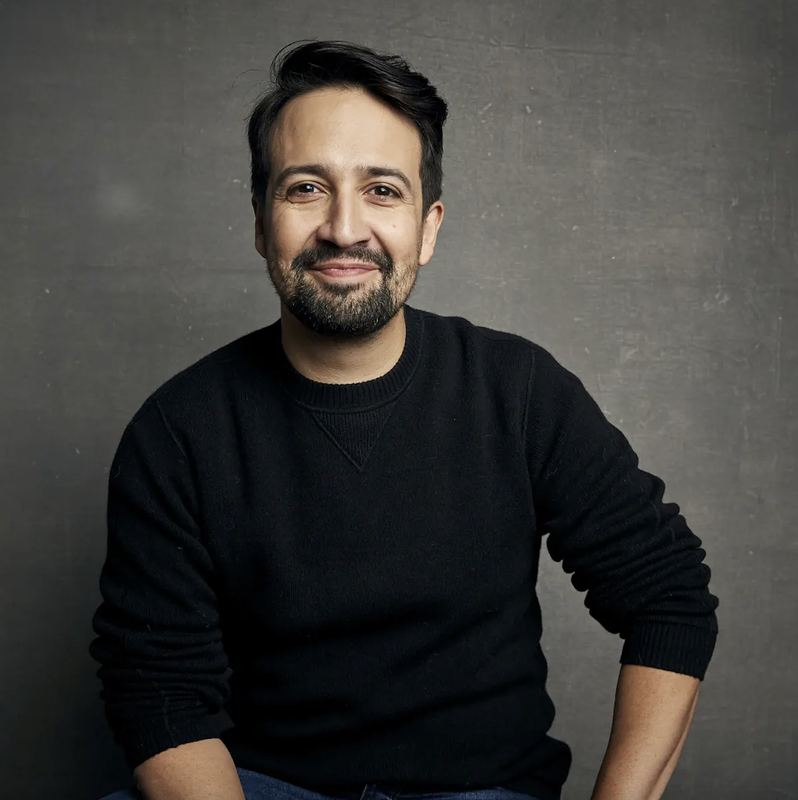 Lin-Manuel Miranda
A Puerto Rican-American award-winning songwriter, actor, director and producer. He is the creator and original star of Broadway's Tony-winning musicals Hamilton and In the Heights.
Hamilton - with book, music and lyrics by Mr. Miranda, in addition to him originating the title role - was awarded the 2016 Pulitzer Prize in Drama and earned a record-breaking 16 Tony Nominations, winning 11 Tony Awards including two personally for Mr. Miranda for Book and Score of a Musical. The Original Broadway Cast Recording of Hamilton won the 2016 Grammy for Best Musical Theater Album. Both Mr. Miranda and Hamilton won the 2016 Drama League Awards for Distinguished Performance and Outstanding Production of a Musical, respectively. Miranda, Thomas Kail, Andy Blankenbuehler and Alex Lacamoire were awarded a 2018 Kennedy Center Honors for their collaborative achievement in Hamilton and its continued artist impact.

A graduate of Wesleyan University in Connecticut, Miranda made his Broadway debut in the 2008 musical In the Heights, in which he starred and wrote the music and lyrics. The production was a critical and commercial success, winning the Tony Awards for Best Musical and Best Original Score, and the Grammy Award for Best Musical Theater Album. The stage musical was adapted into a film released in June 2021. 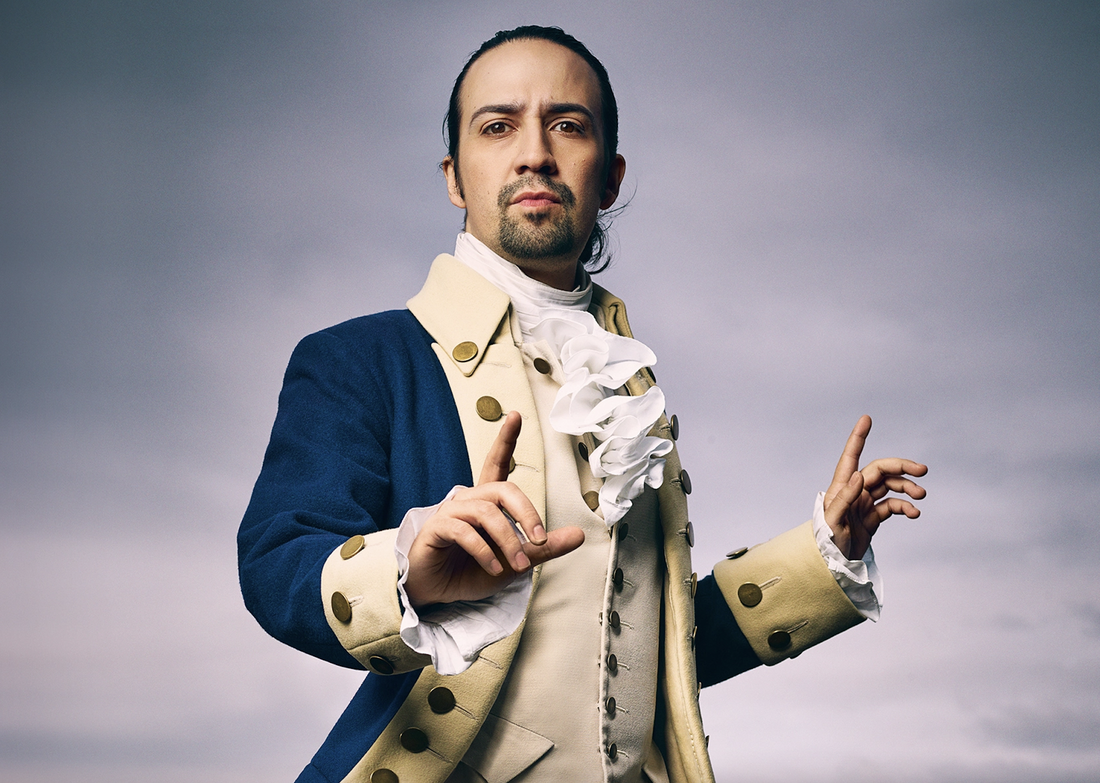 A frequent collaborator of the Walt Disney Company, Miranda has written original songs for the studio, which has garnered him two nominations for the Academy Award for Best Original Song ("How Far I'll Go" and "Dos Oruguitas"). He worked on the 2016 animated musical Moana, and wrote the story and music for Encanto--a widespread critical and commercial success; its song "We Don't Talk About Bruno" broke various records, marked Miranda's first-ever number-one song on the US Billboard Hot 100 and the UK Singles charts, and cemented his mainstream fame. He starred as Jack in the musical fantasy Mary Poppins Returns (2018), for which he was nominated for a Golden Globe Award for Best Actor – Motion Picture Musical or Comedy. For his performance in the Disney+ live stage recording of Hamilton released in 2020, he received Golden Globe and Primetime Emmy Award nominations. Miranda gained wider recognition for writing the script, music, and lyrics for Hamilton, which has been acclaimed as a pop culture phenomenon since its 2015 Broadway premiere. It earned the Pulitzer Prize for Drama and was nominated for a record 16 Tony Awards and won 11, including Miranda's first win for the Best Book of a Musical. The Hamilton cast recording spent ten weeks atop Billboard's Top Rap Albums chart and became the eleventh-biggest album of the 2010s.The Hamilton Mixtape, a cover album by Miranda, further reached number one on the Billboard 200. 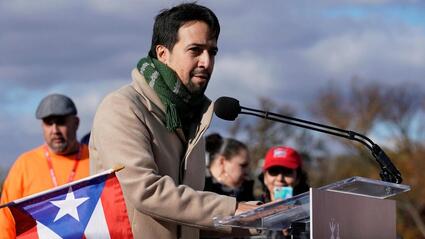 Lin-Manuel has been politically active on behalf of Puerto Rico, not only speaking out in favor of debt relief for the U.S. territory, but also raising funds for rescue efforts and disaster relief after Hurricane Maria in 2017.
He set up a multimillion-dollar fund to boost the arts in Puerto Rico, by creating an arts fund dubbed the Flamboyant Arts Fund. It is intended to support the island's arts community and to rebuild arts institutions like galleries and theaters.
​Miranda also launched a campaign entitled Raise Up, which donates funds to the Hispanic Federation's Emergency Assistance Fund to aid those affected by the pandemic in immigrant communities. 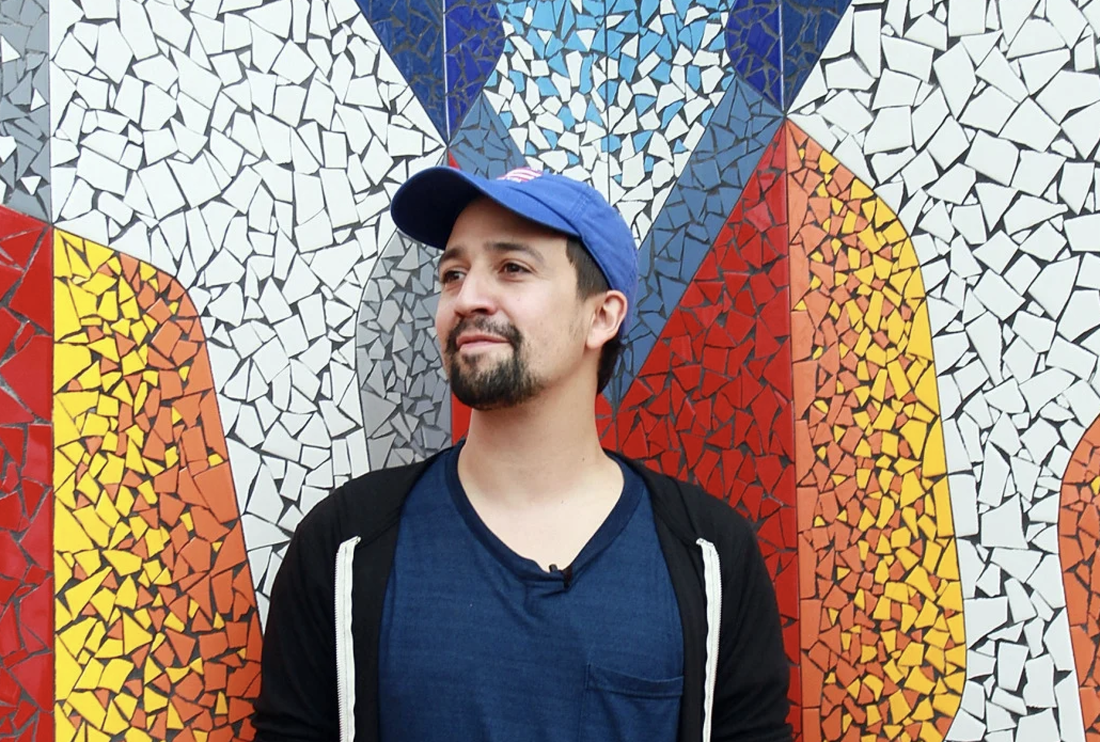 A musical visionary, Lin-Manuel Miranda has emerged as one of the biggest cultural figures of the past decade, and continues to play a major role in the importance of Latino storytelling.
Sources: LinManuel.com, wikipedia.com