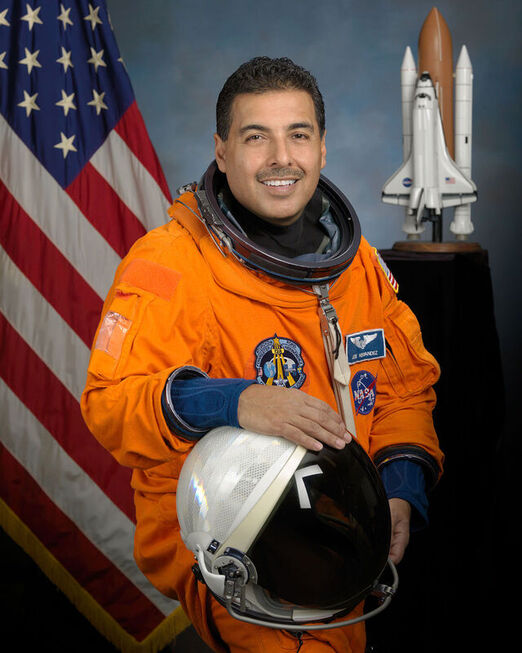 ​NASA engineer José M. Hernández wanted to fly to space ever since he heard that the first Hispanic-American had been chosen to travel to space.
"I was hoeing a row of sugar beets in a field near Stockton, CA and I heard on my transistor radio that Franklin Chang-Diaz had been selected for the Astronaut Corps," says Hernández, who was a senior in high school at the time. "I was already interested in science and engineering, but that was the moment I said 'I want to fly in space.' And that's something I've been striving for each day since then." 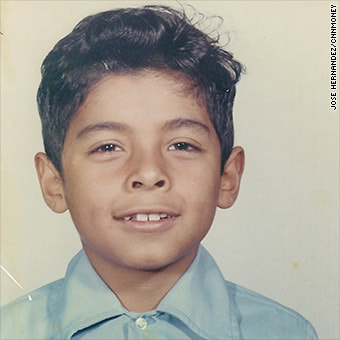 One of four children in a migrant farming family from Mexico, Hernández -- who didn't learn English until he was 12 years old -- spent much of his childhood on what he calls "the California circuit," traveling with his family from Mexico to southern California each March, then working northward to the Stockton area by November, picking strawberries and cucumbers at farms along the route.  They would then return to Mexico for Christmas and start the cycle all over again in the spring.
"Some kids might think it would be fun to travel like that," Hernández laughs, "but we had to work.  It wasn't a vacation." 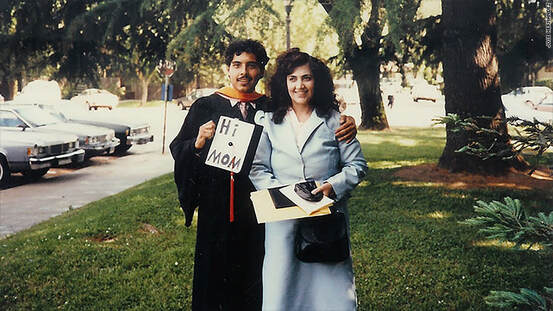 After graduating high school, Hernández enrolled at the University of the Pacific in Stockton, where he earned a degree in Electrical Engineering and was awarded a full scholarship to the graduate program at the University of California in Santa Barbara, where he continued his engineering studies.  In 1987, he accepted a full-time job with Lawrence Livermore National Laboratory where he had worked as a co-op in college. 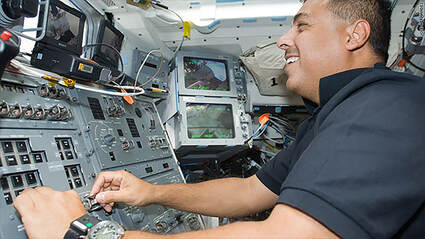 While at Lawrence Livermore, Hernández worked on signal and image processing applications in radar imaging, computed tomography, and acoustic imaging.  Later in his career, Hernández worked on developing quantitative x-ray film imaging analysis techniques for the x-ray laser program.  Hernández applied these techniques in the medical physics arena and co-developed the first full-field digital mammography imaging system.  This system has proven useful for detecting breast cancer at an earlier stage than present film/screen mammography techniques. Hernández has won recognition awards for his work on this project. He has also worked in the international arena where he represented Lawrence Livermore and the U.S. Department of Energy on Russian nuclear non-proliferation issues. 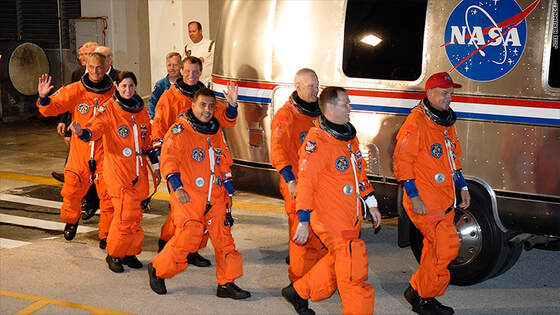 In 2001,  Hernández joined the Johnson Space Center and soon became Chief of the Materials and Processes Branch.  During the astronaut application process, Hernández had to meet with a review board.  That's where he came face-to-face with his original inspiration:  Franklin Chang-Diaz.
"It was a strange place to find myself, being evaluated by the person who gave me the motivation to get there in the first place," Hernández says.  "But I found that we actually had common experiences -- a similar upbringing, the same language issues.  That built up my confidence.  Any barriers that existed, he had already hurdled them."
Hernández smiles. "Now it's my turn!" 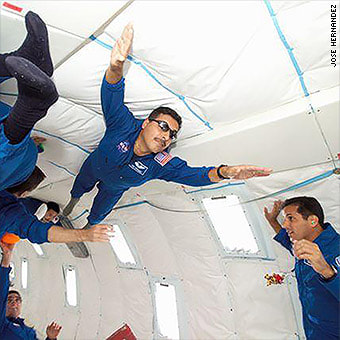 Hernández was selected as part of the 19th class of astronauts in 2004.  In 2006, José completed Astronaut Candidate Training and in 2009, he was a mission specialist on the STS-128 mission on board the Space Shuttle, Discovery.
Since leaving NASA, he served as the Executive Director of Strategic Operations at MEI Technologies in Texas.  In 2012, he ran for the US House of Representatives in the 10th California Congressional District.
Hernández recently received the 2016 National Hispanic Hero Award presented by the United States Hispanic Leadership Institute.
​CEO of Tierra Luna Engineering, LLC, José Hernández continues his long history in the field of engineering and space.
Sources: CNN, Wikipedia