Cesar Chavez
(1927–1993)
Cesar Chavez was a Mexican American labor leader and civil rights activist who dedicated his life’s work to what he called la causa (the cause): the struggle of farm workers in the United States to improve their working and living conditions through organizing and negotiating contracts with their employers. Committed to the tactics of nonviolent resistance practiced by Mahatma Gandhi and  Martin Luther King Jr., Chavez founded the National Farm Workers Association (later the United Farm Workers of America) and won important victories to raise pay and improve working conditions for farm workers in the late 1960s and 1970s.
Cesar Estrada Chavez was born in Yuma, Arizona, on March 31, 1927. In the late 1930s, after losing their homestead to foreclosure, he and his family joined more than 300,000 people who migrated to California during the Great Depression and became migrant farm workers.
Chavez dropped out of school after eighth grade and began working in the fields full time. In 1946, he joined the U.S. Navy, serving for two years in a segregated unit. After his service was over, he returned to farmwork and married Helen Fabela, with whom he would eventually have eight children (and later, 31 grandchildren). 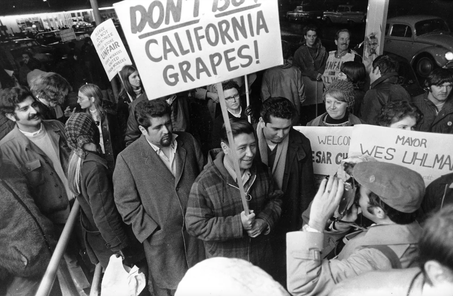 Chavez knew firsthand the struggles of the nation’s poorest and most powerless workers, who labored to put food on the nation’s tables while often going hungry themselves. Not covered by minimum wage laws, many made as little as 40 cents an hour, and did not qualify for unemployment insurance. He used his life savings to found the National Farm Workers Association (NFWA) in Delano, California.

​In September 1965, the NFWA launched a strike against California’s grape growers alongside the Agricultural Workers Organizing Committee (AWOC), a Filipino-American labor group. The strike lasted five years and expanded into a nationwide boycott of California grapes. The boycott drew widespread support, thanks to the highly visible campaign headed by Chavez, who led a 340-mile march from Delano to Sacramento in 1966 and undertook a well-publicized 25-day hunger strike in 1968.

The grape strike and boycott ended in 1970, with the farm workers reaching a collective bargaining agreement with major grape growers that increased the workers’ pay and gave them the right to unionize. The NWFA and AWOC had merged in 1966 to form the United Farm Workers Organizing Committee, which in 1971 became the United Farm Workers of America (UFW).

Thanks to the UFW’s efforts, California passed the landmark Agricultural Labor Relations Act in 1975, giving all farm workers the right to unionize and negotiate for better wages and working conditions. 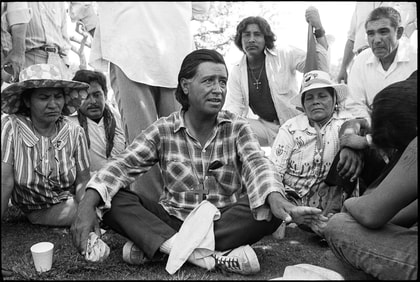 Cesar Chavez passed in his sleep on April 23, 1993, at the age of 66. The following year, President Clinton awarded him with a posthumous Presidential Medal of Freedom, the nation's highest civilian award.

His legacy lives on with his birthday, March 31, being recognized as a federal commemorative holiday. 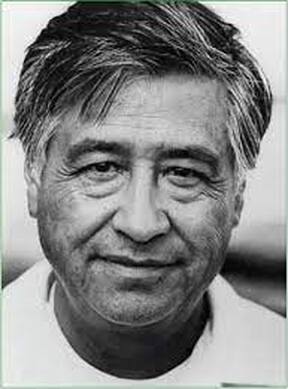